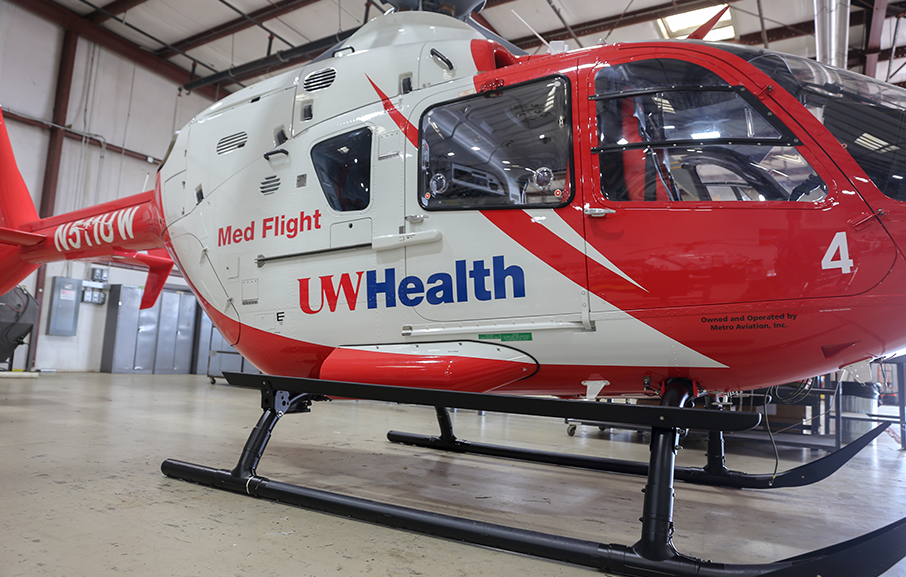 “Metro Aviation has a nationwide reputation for supporting hospital-based air medical helicopter operations like Med Flight. Metro has responded to UW Health Med Flight’s goals for improved safety and quality patient care by offering the expertise and support that will assure that these goals are achieved. We look forward to this new partnership,” said Frank Erdman, critical care transport manager for Med Flight.

“The capabilities of the UW Health Med Flight program will be significantly enhanced with the addition of the state-of-the-art EC145 C2e’s by allowing us to take full advantage of its range, payload IFR avionics. On the medical side, the larger cabin and extra payload will allow us to create specialized teams for individual patients by providing perfusionists, cardiovascular surgeons and NICU and PICU providers and emergency medicine residents,” said Dr. Ryan Wubben, medical director for Med Flight.

These new helicopters will provide longer range and higher payload for the UW Health team, enabling them to provide care to a larger geographic area.

“Our training mission as an academic medical center will also be significantly improved by the enhanced ability to carry additional crew members in training, such as the residents in our Emergency Medicine training program,” said Wubben. “UW Health has invested heavily in a low altitude IFR route structure with precision WAAS/LPV capable instrument approaches to critical assess hospitals in our region that are vitally dependent on UW Med Flight to safely transport their patients to quaternary care centers. The full IFR capability of that system will be fully utilized with the WAAS/LPV capable IFR EC135’s initially, and then the new EC145 C2e’s.”

The collaboration will be felt throughout and southcentral Wisconsin; Med Flight is expanding its reach in 2019, adding a base in Portage to its existing bases in Mineral Point and Madison.

All the aircraft will receive Metro’s standard EMS configuration and premium paint package along with mission-specific equipment. Each completion will be performed at Metro’s Shreveport-based completion center. 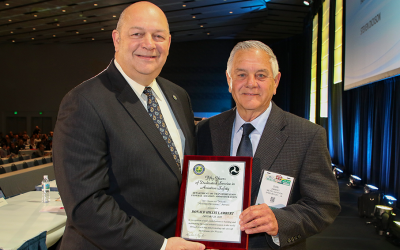 Metro Aviation Regional Safety Manager Honored by FAA    February 5, 2020 To say that Don Lambert has a wealth of experience and knowledge is an understatement.  Since 1970, he has served in various maintenance and safety roles for companies like Airbus (then MBB... 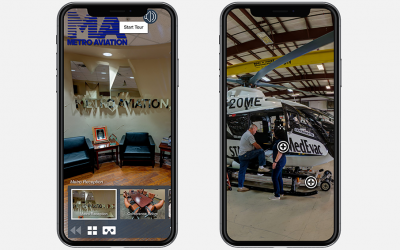 Metro Aviation welcomes visitors across the globe  January 30, 2020 Metro Aviation announced today that its virtual tour has welcomed more than 400 visitors worldwide into its headquarters based in Shreveport, La. Launched in November, the interactive story map... 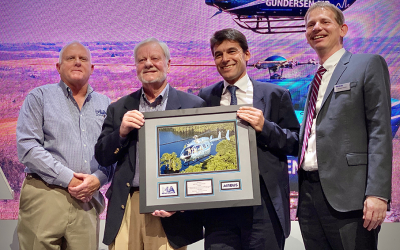